Skip to Main Content
It looks like you're using Internet Explorer 11 or older. This website works best with modern browsers such as the latest versions of Chrome, Firefox, Safari, and Edge. If you continue with this browser, you may see unexpected results.

A guide to resources for MCS majors and others taking MCS classes.

WorldCat Discovery searches multiple resources including books, journal articles, images, and more. It can be used for both electronic resources and items in our library.

It is important to cite your sources! One of the best resources for this is Purdue University's OWL Writing Lab. The link  below will take you to that page.

Once you've settled on a topic and gotten some background information through encyclopedias and general web searches, we highly reccommend that you check out a few books on the subject. Myrin has many books that focus on topics in media and communications. The following list of links are SUBJECT HEADINGS that will lead you directly to relevant books on the highlighted topics. But be sure to jump into the catalog to try a keyword search, too. We've also highlighted some books in our collection that you might find interesting. Check them out! 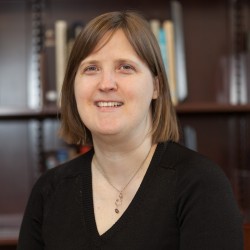